Did you Know these 10 Facts About Magic?

A magician may not reveal his secrets, but these cool facts may be new to you. How many of these interesting facts have you heard before?

Prince Charles is a member of a magician’s organization known as the Magic Circle. He has been a member since 1975.

Two famous magicians have their name in the stars on the Hollywood Walk of Fame. Harry Houdini and David Copperfield are both immortalized on the strip. 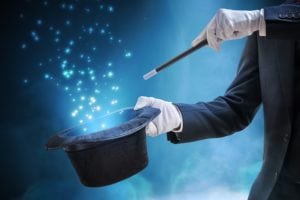 Few people know the origin of this magic word. In fact, it was derived from Norse Mythology, after a sorcerer named Ochus Bochus.

Magicians need to be creative in order to come up with new illusions and acts. Because of this creative spark, many magicians also end up inventing new things. The modern typewriter was designed by a magician.

It’s all Greek to Me

Harry Houdini died on Halloween. He died of Periodontitis, but complications from a punch from an audience member a few days before may have also been to blame. Houdini had claimed that he could take anyone’s punch to the chest, and the onlooker was attempting to test the boastful magician.

More books are written every year about magic than any other performing art. Most are sold in specialized magic shops, rather than mainstream book stores.

The biggest magic organization in the world is called International Brotherhood of Magicians, which has about 25,000 members. The group also has a smaller, more selective group within the club; known as the Order of Merlin.

When magic first became popular in the 18th century, there were many claims from onlookers that magicians were making pacts with devils, and were evil. But the truth is, magicians use illusions and sleight of hand to perform their acts.

With over 25 years of experience, Steve the Magician will be sure to meet all of your expectations. Make sure you’re picking the funniest, most charismatic magician. We can guarantee your guests will be entertained and incredibly pleased with the performance.